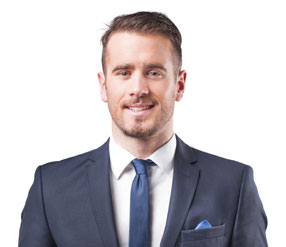 Asterisk™ is an open source PBX (Private Branch eXchange) telephony platform that combines a suite of telecommunication applications. This open source PBX software is customizable and offers many feature sets built-in. Such as call queues, voicemail, call treatments, and music on hold, plus many others. Because of its precise nature, it can be integrated with many other business applications to produce a customizable robust communications system. Typically sitting on a Linux core, Asterisk is extremely stable and has developers all over the world corroborating on upgrades and patches. Unlike traditional PBX software, Asterisk is remarkably flexible and can be made to achieve many end uses. The open-source nature of Asterisk advances a system with hardware that's available with no traditional license fees and no additional licensing costs. That's how several manufacturers designed a lower cost PBX. They started with Asterisk and then customized it. (It's so flexible it can even be installed onto Windows or a Macintosh operating system.)

Asterisk based hardware is readily available from numerous manufacturers. Some important components are telephony cards so that the server can connect up to various PSTN telephone circuits. These would include a T1/PRI circuit, FXO traditional telephone lines and FXS. These cards are installed inside the server slots, often PCI or PCI express. Asterisk then installs the required software components and drivers, much like Windows does for a network card.

FreePBX, an open source graphical user interface software that controls Asterisk is often part of a complete server installation. It can be installed as part of a pre-configured FreePBX Distro that includes the operating system, the Asterisk PBX, FreePBX, and assorted dependencies. The combination of FreePBX and Asterisk completes the most popular package that will support many hardware manufacturers (phones, telephony interface cards, VoIP gateways etc.) Sangoma FreePBX appliances are built with tested and certified hardware to guarantee performance and stability. For those that intend to move to an Asterisk PBX, these servers offer a worry free solution.

Asterisk™ is a PBX business phone system that does not require proprietary hardware to work. It can be installed on a regular PC and use telephony equipment built on open standards from numerous manufacturers. Combining this, along with the knowledge that Asterisk is a free open-source software dramatically lowers the cost to get a complete business phone system. A system with all the features of an expensive traditional PBX, (probably more), at a fraction of the cost. Practically any vital feature that you can think of will be included with Asterisk. It offers a robust feature set will suffice for most businesses and is alike to an enterprise PBX solution. And then there are many other software applications specifically written to integrate with Asterisk delivering more potential than many other traditional telephony systems. These add-ons can include ACD systems with full reporting and metrics.

Traditional PBX companies have had a lock on their customers who have been trapped by a cycle of expensive original purchases and then more money for costly upgrades. To receive new features or get any improved versions of the software they were required to upgrade. In many cases a cycle of upgrades remains the only option just to acquire features. And because hardware is proprietary getting parts becomes increasingly difficult and costly, with certain parts only working with certain software revisions. Add to these difficulties the fact that licensing fees get charged for certain feature sets or the number of users who can use those features. Suddenly costs can become excessive.

Now finally business system PBX telephony is going to become better by open source technology, something that has been progressing for the last twenty years. And with this last piece of the integrated data convergence, Asterisk has taken the lead and should be most developers open source PBX software of choice for the foreseeable future.
VoIP has revolutionized the data network. This revolution transfered the last piece of the converged network; voice as just another data application. Asterisk delivers many benefits, some of which are:

So Why move to an Asterisk Based IP-PBX?

The benefits of Asterisk are significant. When considering your next business phone system you should regard an Asterisk based system as a possibility. Consider that just about all Hosted VoIP cloud based systems use a flavor of Asterisk. However, there are caveats like the need to install your own system which is not for the majority of companies. It is very challenging to correctly configure and install for the first time. It requires previous knowledge and in most cases a decent knowledge of Linux for a company who wants to customize it. Unless you retain personnel who have a foundation in networking, you should deal with a vendor who can deliver an installed system, configured and ready to connect to your telephone provider. Or choose a hardened already manufactured appliance by a trusted company that has been given high reviews and will offer some support. A system that a capable owner can administer and configure.

Several IP PBX VoIP appliance manufacturers have shown to offer many of the best built-in feature sets with outstanding reliability and direct technical support. Their appliance systems offer "no license fee" systems based on Asterisk with easy to manage intuitive GUIs. Each system only requires additional apps if very advanced features are needed. The optional advanced apps are designed for businesses such as hotel/motel hospitality service, call centers with ACD requirements, and/or facility management and access control. They all come at affordable prices. Read More 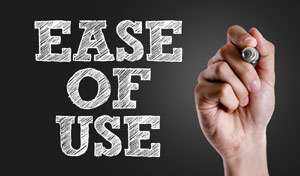 Among the top reasons cited for purchasing an IP PBX that was based on Asterisk one was being able to manage the phone system in house. Although features, price and reliability were all given as important, control and saving money on administration were cited as very important when deciding on a PBX choice.

When comparing costs of ownership between a traditional proprietary PBX, a cloud based hosted PBX and an in house IP PBX appliance it is important to consider both administration costs and license fees.