7 reasons why replacing an old pbx with hosted VoIP is the right choice. Benefits of an Internet based phone system.

Hosted VoIP (Cloud Based Phone Service) services are replacing older business phone systems every day. The reasons begin with availability of large robust Internet pipes and end with affordability and ease of setup. In between, there are several points that add to the known advantages, each significantly important to some business models. When considering moving to a cloud based business phone system it is important to consider how your company uses its phone system and then plan for any changes that might effect productivity, either negatively or positively.

Which VoIP...we recommend business Hosted VoIP that matches your needs and budget.

Pros and Cons of VoIP: Overall there are many more pros for a cloud based solution now than a number of years ago. Internet services have become much more robust and stable, once a possible negative to a total hosted solution. Additionally, costs have come way down for bandwidth, another plus. Hosted VoIP providers offer extremely stable services, plans with great feature sets, and included additional services, like video, faxing, and call recording, which were once only available for additional fees. More companies have found cloud based PBX services (hosted VoIP) to be a compelling choice. As 2020 progresses even more companies will turn to the cloud.

There are times when an in-house phone system is needed and preferable. 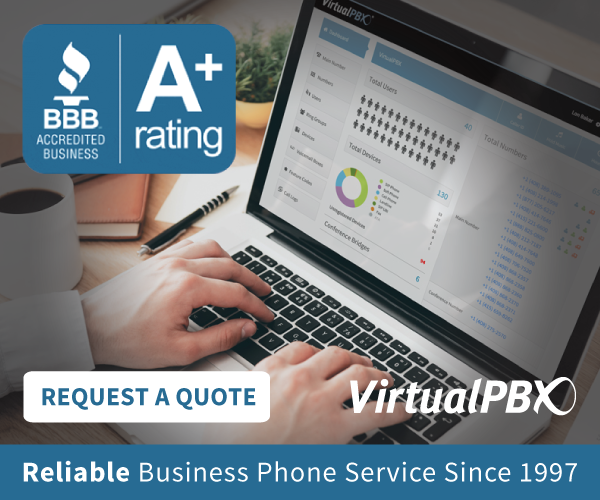 For affordable SIP phones two good choices are both Grandstream GXP models and Yealink that offers a large line of models. Polycom (now Poly) is another excellent choice with the VVX line offering substantial value and one of the best IP phone lines available. Many Poly phone models are compatible with major hosted VoIP providers. When purchasing any phone always make sure that it comes with a power supply unless your network has a PoE switch.

When connecting traditional phone lines and replacing an existing system there should be lightning protection between the phone system and the provider's demarc. Make sure that it stays there and is used. Phone systems are susceptible to lightning.

Keep your IP-PBX connected to a UPS with voltage conditioning. It's not the power loss that is an issue (even though it will keep your phone system up for 20-30 minutes), it's the voltage spikes that damage a PBX system.