Are Business hosted VoIP and a Cloud PBX the same? 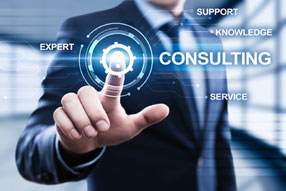 Essentially, for the most part, yes. When VoIP was first offered it consisted primarily as a residential service advertised as a way to lower costs by ditching traditional phone carriers. Some companies promoted their service as an "Internet phone."

Why then cloud PBX? Many people are accustomed to features on their phone systems at work (PBX). An attendant, extension dialing and their own voicemail to name just a few.

Providers swiftly advanced into a business phone service which was called hosted VoIP or more specifically hosted business VoIP. Years later cloud based services increased and now have become mainstream, advancing the use of a cloud based business phone system or a cloud PBX. The fundamental component has been it is a phone service that connects over the Internet using IP (Internet Protocol) rather than over traditional phone lines. And the server resides off premise at a provider's facility.

Hosted VoIP remains an appropriate name for the service. You're paying a VoIP company to "host" your phone service on their facilities. When most companies develop websites they turn to a "web hosting" company rather than installing their own server. Retaining a hosting company is cost-effective and provides a more efficient service. That led to an easy description for what hosted is versus having the phone server in the telephone closet. 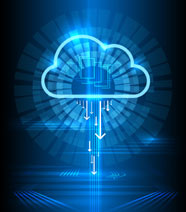 A cloud PBX or a cloud based phone system represents an excellent description as most people instantly grasp the concept. Increasingly with everything connected using robust Internet services, users are accustomed to services based in the cloud. Providers offering Unified Communication as a Service (UCaaS) have rapidly developed as a mainstream business commodity. Integration of PBX features with specialized CRM and business apps has become indispensable for many companies who want to maintain innovative technologies as customers move towards different types of communication. Although you'll recognize differences in plans, features and how calls can be handled, hosted business VoIP and cloud based phone systems are fundamentality equivalent. They're essentially business phone services that are all in the cloud.

What is a PBX?     An Explanation of SIP Trunks

Some virtual phone companies deliver platforms designed to augment a user's existing phone service. You could think of them more as a robust creative virtual receptionist or attendant (press one for sales, two for...). They offer virtual numbers where the call is then forwarded to the user's existing phone service (smart phone). Great for very small on the go businesses or entrepreneurs. Grasshopper's platform is similar to this.
Other VoIP platforms include advanced features, like multiple attendants, CRM integration and call recording. Some providers have plans that include International calling. While still others offer platforms that can handle a significant number of calls simultaneously, distributing them to a network of contact center agents selected by availability and knowledge.

Providers vary by pricing and plans. More importantly many deliver platforms uniquely designed to enhance specific business models with specific sets of advanced features. Some of which might be required, and some which may not. A lot depends on how a business operates and budget.

Find out which are best cloud PBX phone companies. Some VoIP providers offer distinctively unique plans. There is no one single plan that can accommodate every business customer as needs vary.
Compare the advantages of the leading business VoIP providers so you can select the one that best matches your requirements. Top rated hosted VoIP providers:Best Cloud PBX Companies