Non-Fixed VoIP Numbers – Everything You Should Know

Non-fixed VoIP numbers are essentially virtual numbers that are unassociated with the holder's physical address or phone line or SIM card. Known as virtual phone numbers, they are regular phone numbers that can be from any USA area code or any other country. Frequently they point to another number and usually terminate to a different location then what might be expected when looking at the number. A non-fixed VoIP number is a number that can be routed to any geographic location and does not require a specific physical address. A virtual phone number can be answered over the Internet or forwarded to a mobile or landline number any where in the world.

Companies that employ non-fixed VoIP numbers frequently implement them as their caller ID when making outbound calls so it appears that the call is from a particular area. It could have any area code or prefix, however when it is dialed the call is routinely sent or routed to another phone number. These virtual numbers are typically managed for calls to diverse geographic locations other than where the company resides. By taking advantage of virtual numbers with recognizable area codes businesses can expand virtually with little expense. When people dial these numbers, they often are not aware that the call will be received in a completely separate location than what the area code and prefix represent.
Businesses like call and contact centers, especially those with a geographically disperse work base, regularly use non-fixed VoIP numbers to provide customers a local contact phone number. Local virtual numbers are more often likely to be used by customers to reach the business, instead of dialing a number with an out of state or foreign number. These businesses regularly utilize service providers that maintain a volume of numbers which can be managed conveniently from a single account. Using non-fixed VoIP numbers make it easy for businesses that need to add new phone numbers. For instance, as the number of customer service agents expand or transitioning to work-from-home employees. Furthermore, some centers secure outside contracts which may require whole new sets of virtual phone numbers. In instances like this, non-fixed VoIP numbers enable businesses to rapidly assemble teams dispersed throughout the world without requiring the expense of a physical office location.

Routinely numbers selected by automated outbound dialers are based on the locale of the person being called. Businesses appreciate non-fixed VoIP numbers as they remain an efficient solution for servicing customers in locations where they don't occupy a physical premise. However, because non-fixed numbers are easy to obtain and do not require a business address or any other documents they have become favored with scammers and fraudsters. However, there have been numerous advancements in detecting and terminating some unlawful operations.

What is Fixed VoIP?

Fixed VoIP is an Internet based phone line associated with a physical address, either a business or a residence. Fixed VoIP lines have replaced many traditional phone lines. Since the service is VoIP these fixed VoIP numbers are portable, meaning they can be easily relocated. The IP phone or ATA (Analog Telephone Adapter) that is used with the provider only needs an internet connection to connect up and start making and receiving calls. Ordinarily the account holder will update their account's physical location specifically for E911.

Fixed VoIP numbers can be assigned numbers selected with an area code and prefix that link to a physical geographic area. For instance, an office in the Brookline, Boston area requests a new local phone number located inside the 617 area code. They might get a phone number of 617-355-xxxx, where the 355 is one of many central office codes for that area. Customers who consider signing up with a particular VoIP provider often demand a local number if they are not porting their own number.

What is Non-fixed VoIP?

A non-fixed VoIP phone line is not associated with a physical address. Google voice and Skype are examples of a non-fixed VoIP service. There are distinct advantages with non-fixed VoIP with one primary benefit being a company does not need a business address. Setup is practically instantaneous and several solution providers offer the service totally free. There are many other types of these non-fixed VoIP services that can be setup with just a credit card or other payment method and an email address. They offer flexibility and can be easily disposed of, as well. A number used and then disposed of is regularly referred to as a burner phone number. 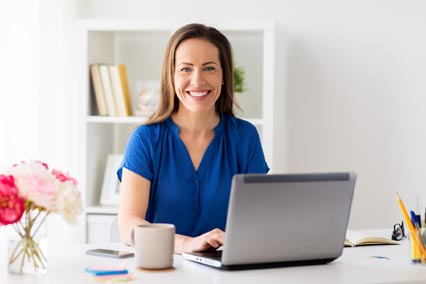 Numerous providers furnish services that make it straightforward to quickly setup and use a virtual phone system. Their platforms allow users to make and receive calls using only an internet connection and offer tools to manage the system. Some providers regularly maintain batches of numbers in fifty or more countries for their customers, so global teams can be instantly brought online and connected. These cloud-based solution providers enable calls using only a laptop with a head phone from anywhere in the world. Using non-fixed or virtual numbers facilitate the distribution of calls and make it easy to instantaneously change who receives the call.

Some of these providers, like CallHippo, furnish virtual call center solutions and offer excellent customer support.

They make it so easy it merely requires five steps.

Others, especially those providing total communications platforms for entrepreneurs and small startups have been found to be affordable robust solutions. 5 Best Virtual Phone Providers for Entrepreneurs 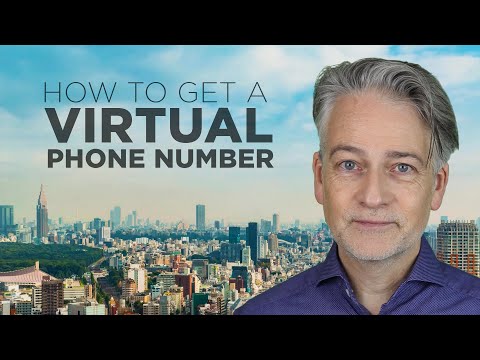 Non-fixed VoIP numbers have become a favored choice for robocall operations and sadly some individuals or groups involved in fraudulent activities. Regrettably, the precise nature of these numbers offer a level of disguise and an ability to conceal exact identities. Frequently these enterprises operate from offshore locations and can be difficult to trace. On an encouraging note, the FCC has initiated laws requiring phone companies to combat illegal robocalls and malicious caller ID spoofing.

On June 9, 2020, The FCC and the Federal government proposed a $225 million fine against two Houston telemarketers. These two were responsible for enacting a billion insurance related robocalls with spoofed numbers intended to deceive consumers.

Caller ID spoofing is using a caller ID that is someone else's number as a deception. Routinely, numbers are selected that appear to be local or recognizable to the person that is being called. By manipulating a trusted number, the call then appears to be more sincere. If the spoofed number is dialed, it will go to the actual number owner who most likely is not be aware of the sham. The FTC recently setup an expanded website FTC Complaint Assistant where scam calls can be reported.

Using a cloud based phone service with virtual phone numbers often result in an expansion of business. Marketing using local numbers deliver familiarity and a virtual presence to a potential market. All of our leading choices for business VoIP offer virtual numbers. Best Cloud PBX Companies

Disclosure: Keeping with transparency; when visitors who purchase products and/or services discussed on our site through onsite affiliate links or ads, we then may earn affiliate commissions. The providers mentioned on this page have no affiliation. We qualify services, providers and equipment based on use, stability, features, user satisfaction and value regardless of any affiliation.