Why Some Companies Still Choose a Digital PBX

In todays IP voice revolution, where all the talk are IP-PBX systems and VoIP, why would any company still opt for a digital business phone system? Here's why. 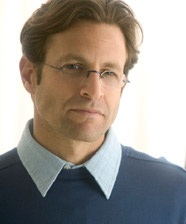 The answer to this question can be discovered from the businesses that select such systems. First, most of the businesses that end up getting a new digital phone system for their office start by exploring the latest and available technology opportunities available. These might include VoIP or an IP-PBX in-house system that can connect through any means like VoIP SIP trunks, CO Lines or PRI. Many businesses are small offices or retail establishments that only require three, ten or fifteen phones operated with traditional copper phone lines, probably not a PRI circuit. They quickly limit their current choice to either an over, the open Internet VoIP service (hosted business VoIP) or a small recent digital system. This is justified by the fact that the initial up front cost per phone can be significant when getting an in-house IP-PBX.
Larger companies that require advanced technology with special feature sets make budgeted purchases based on their future needs. The cost is often spread out among 40 or 80 users. A very small company is looking primarily at price and that price is going to be substantially lower for digital phones connected to their current in-premise telephone lines. If cables need to be run and the LAN is not VoIP ready, costs increase.

Recently hardware costs for a VoIP ready Asterisk based IP-PBX and open standard SIP phones are a fraction of what they were just a few years before. Currently a late technology IP-PBX appliance with SIP phones can practically be in the same hardware price range (Installation costs vary.) as an older phone system. The buying decision often comes down to how comfortable a small business owner feels in managing the system. And how capable the on premise cabling and LAN infrastructure (routers, switches, etc.) are. Companies with digital phone systems in place that require replacement typically maintain infrastructure that is the same as when the system was initially installed. Unless a new phone or additional line was needed, it remained mostly untouched. Cabling is most likely traditional phone wiring using RJ11 outlets. Many times there are phones in places where there is no computer.

The caveat may be very small companies where advanced features would drive better revenue, like a real-estate office, attorney's office, sales company or businesses with significant call volume.

Simplicity and familiarity also play a role with some companies that get a digital phone system. They look at the cost, ask a few feature questions and promptly find out that it will do more than their old phone system. It can connect to their existing phone lines, with no need for porting numbers, cancelling contracts or moving carriers. Even if an alternative PBX based system is offered at comparable prices that connect to their existing lines, the decision may still often reside with the purchaser believing simple is better. The fear of too much futuristic technology.

Many small companies have traditional phone cabling with limited older network hardware. Often when confronted with upgrading for an IP phone system they start to rethink the purchase.

Choices for a new digital phone system for a very small company that include voicemail and an attendant can go as low as $1,300.00 to $2,500.00, plus installation. This low price, unheard ten years ago, is capturing the attention of business owners that need to replace a failing system. Older systems requiring replacement due to a part failing or conceivably taking a voltage surge during a lightning storm are rarely budgeted for. If the company can place the loss on their insurance, they frequently need to make the case that the older system is too antiquated to be fixed. And that the replacement system is similar, not a big upgraded system at the insurance companies expense.

Who are the companies purchasing refurbished small digital phone systems?

They remain the small businesses that everyone recognizes such as, pizza franchises, hardware stores, lawn service companies, insurance offices and parts stores. They are the traditional small existing businesses that have two, three or even four phone lines from a traditional carrier like AT&T, and a fax line. They may employ four, five or six people. Their phone lines are in place already connected to a block in the phone closet. Time and again having phones in places where no data connection (computer) is present. The cost to run Ethernet cables, whether two, three or more would be a significant financial burden.

Top Reasons Why Some Companies Stay With a Digital PBX 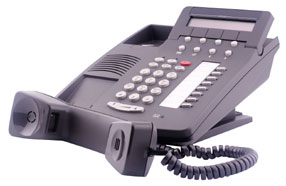 There are several well-known PBX manufacturers that offer highly regarded refurbished phone systems. A highly regarded PBX is the Avaya IP Office. The IP Office is a digital phone system with VoIP capabilities. Or it could be actually installed as all IP at the very start. Most businesses get this system as a digital system knowing they can add IP capabilities at a later date if needed. It remains a leading choice for hybrid installations where a company demands both digital and IP phones. Another similar PBX is Samsung's OfficeServ, a well-made office phone system that offers three sizes that span the scale all the way from a small office solution to an enterprise deployment. They are the OfficeServ 7100, 7200 and the 7400. These PBX systems are end of life so can currently be found for more modest prices. And many other refurbished phone systems are available from local telecom installers.

For the cost conscious purchaser looking to get a most reasonable small business phone system the choice often remains to be one that a telecom professional can explain. Competent telecom specialists often service many companies' phone systems. They possess knowledge of which affordable phone system would be the appropiate solution. Replacement Phone System