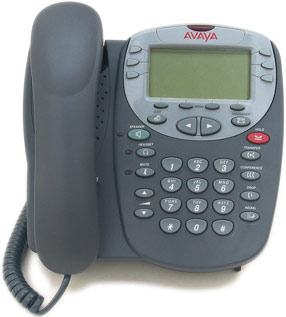 The Avaya IP Office phone system, has been Avaya’s best selling PBX phone system. It is a hybrid system which can be implemented with both digital or analog Avaya phones. It is notably superior for hybrid installations where a companies' cabling may require a significant portion of phones to remain digital. Rather than spend large sums on re-cabling. Many types of facilities fall into this category, like companies that have both a warehouse and offices. Or manufacturing facilities that have large industrial spaces that would result in a significant cost to replace existing phone cabling with Ethernet cables for IP phones.

The IP Office remains a digital/IP PBX phone system. Avaya IP Office has represented a popular choice for small and medium size businesses. However, in January 2017 Avaya filed for bankruptcy, but has re-emerged after a reorganization and has committed itself to moving more services to a cloud based service, as well as servicing existing older customers. There are plenty of existing on premise PBXs that will stay in operation for many years, so you can always download your Avaya manual here in PDF format and even find vendors who will expand your present system.

Avaya phone systems are durable, well designed and should be remain to be excellent phone system choices for years to come. We hope you will be capable to perform some of the system programming (avaya default password) yourself with the help of the proper manual. We have also included the Avaya Software Input Output Reference — Administration manual for the Nortel Communication Server 1000. You can find more CS1000 manuals under Nortel. For softphone guides including the one-X troubleshooting guide: Avaya Softphone

Considering replacing or expanding your current phone system? Merely respond to a few straightforward questions. Then compare your options for the very best deal (no obligation). There really hasn't been a better time than now.

Below we have included many IP-Office manuals as well as the IP-Office programming administration software and Definity Guides for download.

The Avaya IP Office 5600 series of phones are popular and very affordable at today's prices. Known to be very user friendly these phones will be powering business communications for a time into the future. For the very best prices from trusted suppliers: Avaya IP Office 5610 phone.

NOTE: Pbxmechanic.com is a participant in the Amazon Services LLC Associates Program, an affiliate advertising program designed to provide a means for sites to earn advertising fees by advertising and linking to products on Amazon.com. Amazon and the Amazon logo are trademarks of Amazon.com, Inc or its affiliates.

The folder offers the Avaya IP-Office 500 Administration Programming software in a zipped file for download.

Is it time to redo your phone labels?

The folder below offers the zipped file that contains a Word document with templates for the paper programmable key labels on various phones supported by Avaya. One template is for A4 size paper, the other for US Letter sized paper. Note: For 1400 Series phones use the templates provided for 1600 Series phones.

The folder offers the DSS Key Label Template in a zipped file for download.

Avaya is a worldwide communications company known for its enterprise communications systems. The company provides Unified Communications, Contact Centers, Data solutions and related services directly and through its Channel partners. Starting as At&t the company that would become Avaya was part of Lucent Technologies. In 2000 Lucent decided to spin off a portion of their business that became Avaya, which later bought a large part of failed Nortel. Today Avaya distributes their licensed business phone systems through dealers. In January 2017 Avaya filed for bankruptcy and has since reorganized. There are plenty of existing Avaya phone system PBXs that will stay in operation for years to come. In early 2018, Avaya emerged with a new leadership team and a revised strategy based on accelerating open, cloud-first architecture; integrating artificial intelligence (AI) and emerging technologies. Recently they aligned with RingCentral, one of the top hosted VoIP companies, to offer cloud based phone services.