Update January 8, 2020 Law now signed that will require phone companies to develop ways to detect and combat illegal robocalls and malicious caller ID spoofing and allow them to block those robocalls before they reach consumers.

Update June 12, 2019 The FCC now allows telephone providers the ability to block all robocalls by default to your number unless you specifically opt out of this service. They are urging phone companies to verify calls and then block ones that don't originate using a legitimate number. 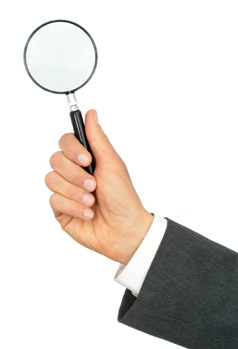 The Federal Communications Commission (FCC) is offering a proposal that in essence allows phone companies to block unwanted calls to their customers by default, resulting in a legal shield for blocking certain calls. If it goes through then much of the legal liability that telephone companies could now face would be removed. Under the proposal, according to FCC Chairman Ajit Pai, it could be a comparable method to the way email providers filter messages into spam folders. The FCC wants to motivate telephone companies to use SHAKEN/STIR, an authentication framework method for blocking unwanted calls. SHAKEN/STIR (Signature-based Handling of Asserted information using toKENs) offers a way to make sure the phone number the call is coming from is actually the correct number and not one that is spoofed. A major trade group that represents telecommunications providers, USTelecom, has already praised the proposal.
The challenge is to implement it so every phone has a trusted certificate of authenticity attached to it. Much like a green check mark that displays when you see a website result that shows "trusted", only this time it displays with the phone number on the phone coming from only that is the actual "real" number and not the spammer using that caller ID.
For the STIR/SHAKEN system to work carriers on both sides of a telephone call will need to have it implemented. Verizon has already stated down the path.
With over 5 billion unwanted robocalls in the United States in March it has become such a large problem that if it continues it can undermine traditional telephone use. Just about everyone has become frustrated with these calls, as many are from overseas using spoofed local numbers to get you to pick up the phone. Many are from con-artists. A solution is overdue and will be positively received.

An Asterisk based IP-PBX that is highly rated. Best On Premise IP-PBX Systems for 2018.

A good router from the Top Router Picks..

Look at getting a new router that can be flashed with a good open source firmware like Tomato or DD-WRT. These are the Top Picked : Top 5 DD-WRT & Tomato Routers